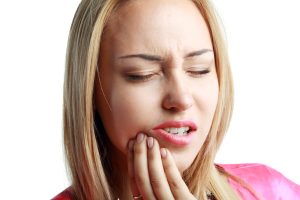 Bleeding gums should not be ignored, as they can indicate a serious oral condition or in rare cases, a serious blood disorder. Gums bleed because of insufficient plaque removal. The germs found in plaque attack the healthy tissue around the teeth and cause the gums to become sore and irritated. This results in the bleeding of the gums when you brush or floss. The first onset of gum disease is known as gingivitis, a painless condition with only bleeding gums as its symptom. Gum disease may manifest with other symptoms- such as red, tender or inflamed gums; loose teeth; persistent bad taste or breath; and a change in the manner your teeth fit when you bite. If you have these symptoms, take heart; gum disease can be treated and reversed.

The Risk Factors for Bleeding Gums

Bleeding gums can also indicate a more severe blood disorder. Call Dr. Voyles at Hilliard dental office if you have any signs of bleeding gums. Dr. Voyles will examine your case and recommend the best treatment for your condition.